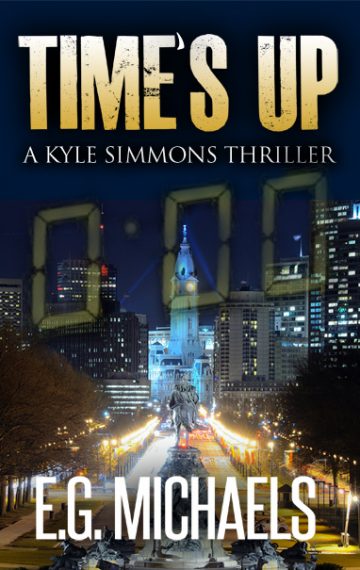 A late night teenage party in an affluent Philadelphia neighborhood comes to a tragic end when a car bomb explodes outside. A teenage girl is killed — but is it murder? Or revenge for a previously unpunished crime?

The mayor quickly caves under the political influence only wielded by the city’s most rich and powerful people and insists the police assign Homicide Detective Kyle Simmons to the case. Her mandate: Catch the killer as quickly as possible and at any cost.

As Simmons investigates his new case, a second teenager dies in a similar manner. A disturbing connection between the two cases suddenly emerges:

Both teens received a cryptic text message of “Time’s Up — Hocus Pocus” just moments before they died.

As the body count starts to rise, Simmons finds himself in a desperate race against to time to catch a killer before they can strike again.

“I couldn’t put this book down, it was excellent. I love this series and can’t wait to read the next one.” – Dawn R