You are here: Home / Library / Wretched Aftermath (Book 4 of The Wretched Series) 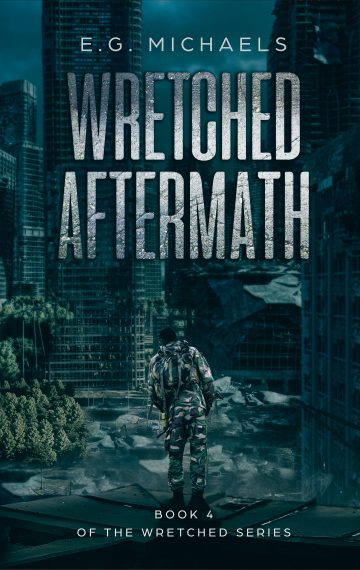 The Battle For Survival Continues…

The military has failed to stop the Reapers and the monsters have gained a stronghold throughout the United States. Battered and bloodied, the armed forces refuse to surrender.

Trapped in a small town, former police officer Malcolm Foster and his rag-tag group of survivors hold the key to humanity’s best chance of success: They know the Reapers’ fatal weakness.

If Foster can get that information into the right hands, it could stop the Reapers for good.

But first he needs to help his group escape the growing Reaper horde and a crazed cult leader bent on trying to kill them.

When new forces of evil emerge from the darkness…

Can Foster overcome the odds and find a way to succeed?

E.G. Michaels delivers another action-filled post-apocalyptic thriller that will keep you guessing every step of the way.