You are here: Home / Library / On Borrowed Time: (A Kyle Simmons Thriller – Book 6) 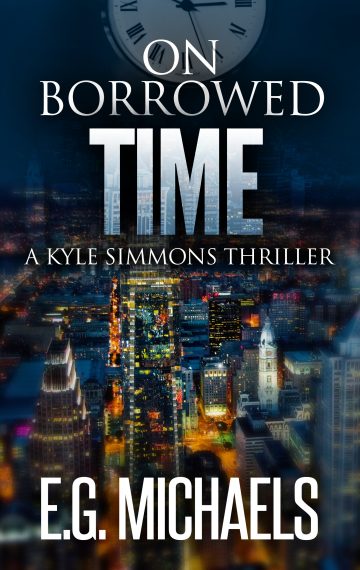 A cool night in March. A young couple are murdered in their home while their neighborhood peacefully sleeps. It seems like the perfect crime with nothing but a single word “Tag” written in blood on the wall near one of their bodies.

Philadelphia Homicide Detective Kyle Simmons is tasked with finding their killers but with almost no evidence to work with, he quickly finds himself grasping for clues which might point him towards finding out who the killer might be.

A few days later, another couple is killed. Same perfect crime scene except this time a new phrase, “Tag, You’re It”, has been left on the wall in blood.

As Simmons follows the evidence, he makes to a startling discovery. He’s discovered a deadly game of one-upmanship between two stone cold killers and Philly is just their latest murderous playground.

As the body count start to climb and the stakes get bigger, Simmons is on a mission to stop these killers at any cost. The killers might think they’re going to get away with murder but the truth is they’re only on borrowed time.