This is E.G. Michaels with news on the upcoming re-release, my first audiobook and some book recommendations.

Without further ado, let’s get into this month’s news.

Coming To Audiobook: “The Wretched”

I announced this recently on my Facebook page after my narrator announced it on his. 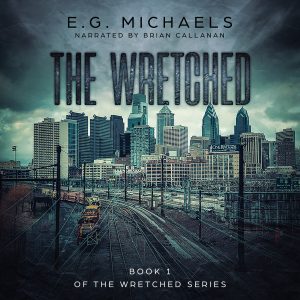 I decided to wait to put together the rest of this newsletter before alerting my loyal subscribers like you.

At the time, it sounded a good idea in my head.

But in the real world, it took a lot longer than expected to get this newsletter written due to family and day job commitments.

Anyways… I am pleased to announce that I have joined forces with an amazing narrator, Brian Callanan. Brian will be narrating “The Wretched”.

We anticipate the audio book version of “The Wretched” being available sometime late May or early June.

More news about the audio book version when it becomes available.

Next, let’s talk about a re-release… 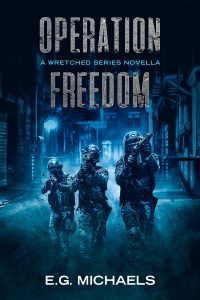 The novella was part of Amazon’s Kindle Worlds program where a number of indie authors wrote stories to complement Nick’s very popular series. (If you’re really curious, you can find the previous announcement and the old artwork by digging through my past blog posts.)

The novella drew very positive reviews and sold quite well. Well enough that at one point, I was even approached about doing a follow-up sequel in the same Kindle Worlds universe.

Well, that changed in mid-2018 when Amazon chose to close the Kindle Worlds program and pulled up all Kindle World publications, including “Operation Freedom”, from their stores.

I am pleased to announce that “Operation Freedom (A Wretched Series Novella)” is now available on preorder through Amazon.

Full Disclosure: If you previously purchased the Kindle Worlds version of “Operation Freedom”, this is nearly the same story.

I’ve gone through the story, fixed a few previously missed typos and revamped the types of monsters featured in the story so that they are my own creation (The Reapers) and not Nick Smith’s ones.

Okay, enough about my upcoming works.

While you while you’re waiting for the audio book version of “The Wretched” or “Operation Freedom” to become available, I have some book recommendations for you. 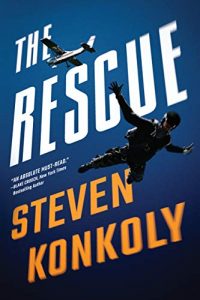 I’m currently splitting my recreational reading time, which isn’t much time to speak of, between two different books.

It’s an action packed thriller, which you’ll find yourself flipping through the pages at a breakneck speed.

Steve’s a great writer and I highly recommend this book of his. 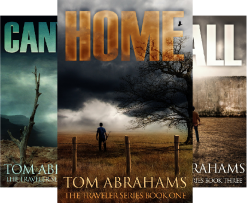 There’s currently six books in this post apocalyptic adventure series. Book seven is coming in mid May and book eight will bring the series to a conclusion in June. Tom’s an awesome writer and I think you’ll enjoy his work too.