This is E.G. Michaels with some February news and updates.

The next book in The Wretched series, Wretched Culling will release on March 22nd and is now available for pre-order.

Here’s a quick peek at the book cover and description:

Here’s a link to it on Amazon USA:

Here’s a link to it on an Amazon UK:

Last month I joined dozens of other indie authors to promote a number of great books. The campaign was extremely popular with all of our readers. That’s why, based on reader feedback, we’ve decided to do another week-long promotion again. This time, I’ve joined forces with seventeen other great authors.

For less than a cup of decent coffee, you can be enjoying a great new read from best-selling indie authors like Rhett Bruno, Brandon Ellis, Hayley Lawson, and many others.

Just click on this banner to check all of the books participating in this promotion: 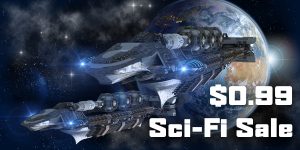 Look for another email early next week. I have some news to share with you about a new short story I recently wrote which is part of a very special Anthology.