It’s E.G. Michaels with a quick update before everyone starts their weekend. I’m sure some of you are wondering why I’m not using a fancier newsletter like I mentioned last time.

Well, there’s a good explanation: The formatted newsletter isn’t not finished yet.

I hate to make excuses but the last week has been crazy busy for me.

With both of my children’s birthdays and Mother’s Day (13th, 14th, and 18th) all falling in the same calendar week, I’ve been far more pressed for time than usual. If it’s a choice between finishing my next book or finishing the future newsletter layout… well, I think I know how most of my readers would vote and I agree with them. <smile>

Speaking of next books… In case you missed my last email with the news of the next Kyle Simmons novel coming out next month and the formation of the E.G. Michaels Street teams, you can read it online here:

As an indie author, I’m always on the lookout for ways to attract new readers to my work. I’m not alone in this ongoing marketing effort.

It’s for this reason that I’ve partnered with 33+ other thriller, mystery, and suspense indie authors in a special giveaway event. You can get a fr*ee copy of my book “Before The Clock Strikes” along with some other great reads. I’ve already picked a few that I’m looking forward to reading in the near future myself.

You can see the collection of freebies by going here:

As the banner says, this promotion ends May 24th so you won’t want to delay grabbing some great books while you can for fr*ee.

That’s all for now. I’m getting back to work on finalizing “On Borrowed Time”.

Have a great weekend everyone,

It’s E.G. Michaels. Based on reader feedback, I’m retooling my newsletter. You should receive it each month with periodic emails in between when I have something important to announce.

Without further ado, let’s get into this month’s news…

In late January, I released a post-apocalyptic novella called “Operation Freedom” which has been extremely well-received. As a result of that release, a number of new subscribers have joined my newsletter and sent me some additional feedback.

It was that feedback which made me realize something pretty important.

While many of my subscribers want to hear about anything I’ve written, some may have very specific reading preferences.

It’s for this reason that I’ve updated the opt-in form on my website to allow subscribers to choose if they want to receive news and updates which are thriller or post-apoc only.

Rest assured I will still send one monthly newsletter to every subscriber. I just want to give my most valued readers the option of not being contacted with any additional updates or news that are for their non-preferred reading genre.

Would you like to get all of my future book releases for free? Well, let me tell you how you can do exactly that.

You can get all of the official details and sign up by going here: 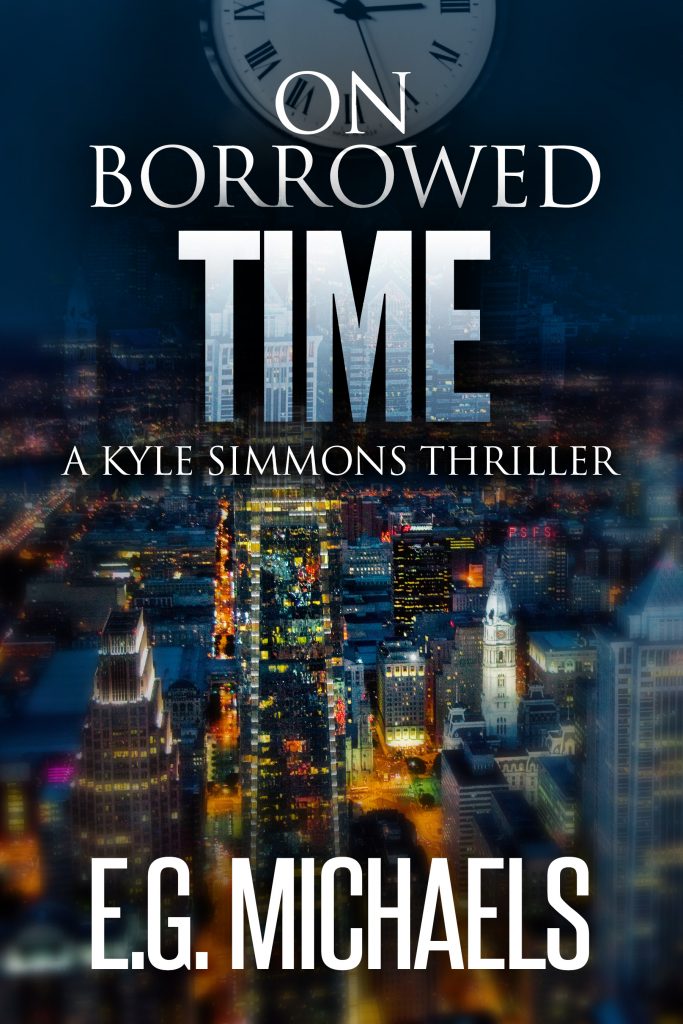 A good number of people have emailed me and asked if there was going to be a sixth Kyle Simmons thriller novel.

I’m pleased to report that there is.

It will be available for purchase around June 10th.

A cool night in March. A young couple are murdered in their home while their neighborhood peacefully sleeps. It seems like the perfect crime with nothing but a single word “Tag” written in blood on the wall near one of their bodies.
Philadelphia Homicide Detective Kyle Simmons is tasked with finding their killers but with almost no evidence to work with, he quickly finds himself grasping for clues which might point him towards finding out who the killer might be.
A few days later, another couple is killed. Same perfect crime scene except this time a new phrase, “Tag, You’re It”, has been left on the wall in blood.
As Simmons follows the evidence, he makes to a startling discovery. He’s discovered a deadly game of one-upmanship between two stone cold killers and Philly is just their latest murderous playground.
As the body count start to climb and the stakes get bigger, Simmons is on a mission to stop these killers at any cost. The killers might think they’re going to get away with murder but the truth is they’re only on borrowed time.

I’m in the process of finalizing “On Borrowed Time”. After that, I’m shifting gears and starting work on a new post-apocalyptic book series which will be 2-3 books in length. More details to come as finalize the book titles, cover art, and so on.

From there, I’m planning to start work on the second Cole Hutchinson thriller novel.